Music sounding in your head all by itself. Sound familiar?

It can happen to anyone, for sure. Some “Praskovya girl” from https://telegram-store.com/catalog/product-category/channels/music comes on, spins and spins and stops. It’s another thing when the tune begins to sound incessant and is perceived as if it comes from outside. This is the trouble.

“A song playing in your head from time to time is normal. Another thing, musical hallucinations, they become a serious problem. People can’t sleep, can’t think,” says British psychiatrist Victor Aziz, who, along with colleague Nick Warner, recently brought the psychopathological problem of “music in the brain” back to scientists’ attention.

What are these hallucinations, and what it is like to live with them – let us explain with an example.

Once upon a time there was a 70-year-old woman in California, let’s call her Miss Maggie. One night she awoke to a small earthquake, ordinary as rain in these parts.Finally, the earth stopped shaking, and Maggie tried to sleep. But then she heard a tune – a sad old song in the vein of “How Young We Used to Be” played quite loudly but not deafeningly in her head. 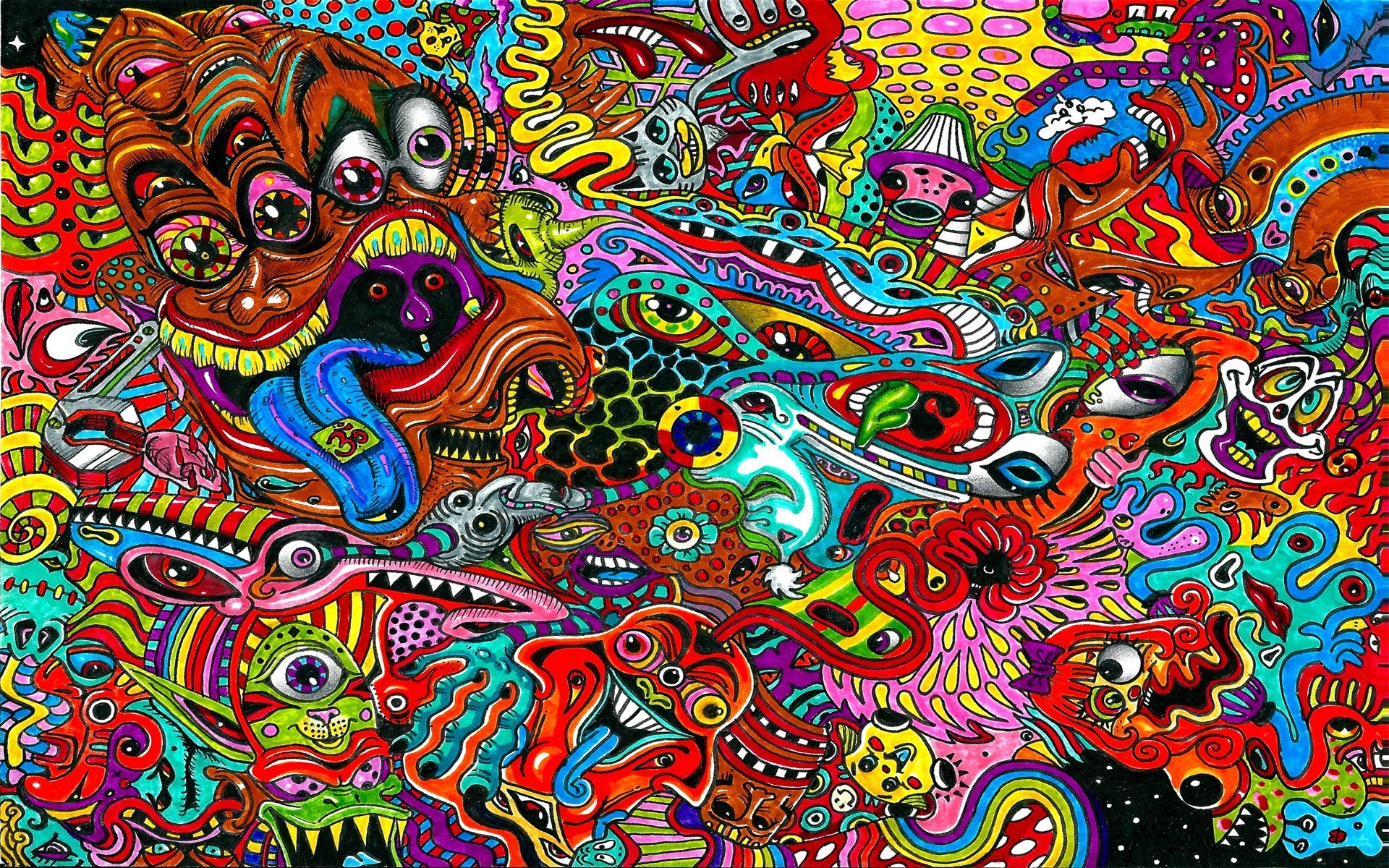 When Maggie was a girl, her father used to play that song on the piano. And now the old woman sits in bed and listens, unable to sleep. The song goes on and on, repeating for hours. Unbeknownst to her, Maggie managed to pass out.In the morning she woke up to the same “How Young We Were.”

The New York Times compared the brain of someone suffering from musical hallucinations to an iPod player.

Gradually, over the course of several months, the repertoire enriched, and other tunes came on. The music often began to play when Maggie went to bed or when she was driving. In either case, the “concert” lasted several hours at a time. The sound was always bright, as if an orchestra was playing nearby.

Of course, this began to bother the woman. After a while she found the only way to turn off the music in her head – unfortunately, the radio had to play for that – the wedge was a wedge.

At the same time, the melodies in her head had another sinister quality: even her favorite pieces of music, once played “inside,” could not be perceived from normal sources, they were wildly irritating.

After months of torture, Maggie finally decided to take her problem to a doctor. Strangely enough, the doctor was not surprised by the patient’s story. He informed the woman that she suffers from a little-known and rare disorder – musical hallucinations – and belongs to a small but significant number of people who hear music that simply does not exist.

Most sufferers are elderly people. Songs often come to them from the deepest “archives” of memory. Some have Italian opera, which their parents loved to listen to in times immemorial. Others have rumbling hymns, jazz playing, or buzzing popular tunes.

Some get used to it and even enjoy it, but only a few. The vast majority try to stop the music: they close windows and doors, put absorbent cotton in their ears or sleep with a pillow on their head – not helping, of course.

Meanwhile, musical hallucinations are not a new phenomenon, they have invaded the minds of people in past centuries. For example, the famous composer Robert Schumann hallucinated music at the end of his life and recorded this fact – he told descendants that he wrote under the dictation of Schubert’s ghost.

But these hallucinations were not recognized by doctors as an independent disorder for a long time. There were attempts to link musical hallucinations to a whole range of human conditions, including old age, deafness, brain tumors, drug overdoses and even liver transplants.

But one thing was clear: musical hallucinations should not be confused and mixed with other hallucinations, such as voices and visions, because one could listen to melodies without any other distortion of reality.

The first large-scale study of musical hallucinations was conducted in a Japanese psychiatric hospital in 1998. There it was discovered that 6 out of 3,678 patients hear music in their heads. This ratio, however, does not reflect the real situation, since all the patients had serious mental disorders.

So, Japanese psychiatrists and their few followers found out that our brains process music through a unique network of neurons. First, sounds as they enter the brain activate an area near the ears called the primary auditory cortex, which begins to process sounds at their most basic level.

The auditory cortex then transmits its own signals to other areas that can recognize more complex features of the music, such as rhythm and melody.

It turned out that this network of neurons in the auditory cortex could begin to malfunction without affecting any other areas of the brain.

Timothy Griffiths, a British expert in hearing disorders at Newcastle University Medical School, continued his work in this area. Last year, he studied six elderly patients who had musical hallucinations along with deafness.

Using positron emission tomography, the scientist found several areas of the brain that became more active during musical hallucinations. The result puzzled the doctor: “I saw almost the same thing as in normal people who listen to music,” Griffiths admitted.

The main difference, he said, is that musical hallucinations do not activate the primary auditory cortex, but use only the parts of the brain responsible for transforming simple sounds into complex music.

According to Griffiths’ hypothesis, the areas of the brain that process music continually look for patterns in the signals coming from the ears. Because these areas need melody, they amplify certain sounds that match the music and minimize extraneous noise.

When there are no sounds coming into the ears, parts of the brain may try to grasp at something, random impulses and signals, to try to create some structure out of them by digging through memories. So a few notes can suddenly become a familiar melody.

For most of us, this may end up producing a song that struggles but gets out of our heads, as the constant flow of information entering our ears suppresses that music. Deaf people, understandably, do not have this flow, so they can hear music all the time.

Let’s say that Griffiths has solved the musical hallucinations of the deaf. But what about hearing people like Miss Maggie? We return to psychiatrist Victor Aziz. His study is the most recent and, they say, the most extensive of all time.

According to British medical experts, one in 10,000 people suffer from music in their head at age 65 (though the true extent is impossible to ascertain – many hide their tunes). That is the value of the study Aziz and Warner, as they analyzed as many as 30 cases of musical hallucinations (the average patient was 78 years old, a third of them were deaf). 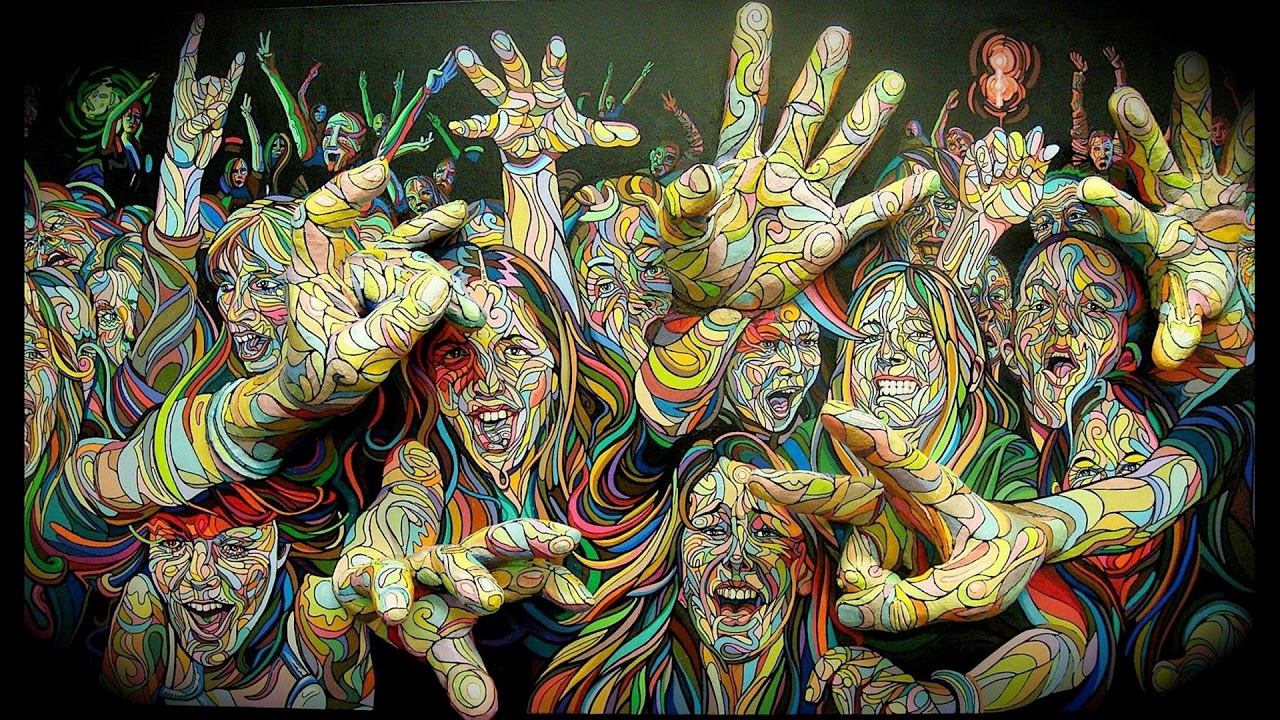 It turned out that women played music in their heads more often than men. In two-thirds of the cases, the elderly heard religious music. But Aziz believes that “in the future people will hallucinate both popular and classical music, what they hear all the time today.

Psychiatrists think that musical hallucinations occur when people are deprived of a sound-rich environment, lose their hearing or live in isolation, and then it’s pretty much the same explanation as Griffiths.

Musical hallucinations can be an explanation of how Beethoven wrote music when he was already deaf.

In the absence of sounds coming through the ears, the brain produces random impulses that it interprets as sounds, then recalls memories of the music, and the song begins.

Aziz believes that musical hallucinations are also common among young people, we just don’t know it. Curiously, the doctor found one 28-year-old American who learned to live with hallucinations and even found a source of comfort in them – the music in his head reflects his emotional state.

“It plays in the background, like music in a movie,” this young man says. – “Sometimes this melody stops and it makes me feel insecure, like I’m in the wrong place at the wrong time, it feels like something is wrong.

Music hallucinations are only considered a rare disorder for now, but they may soon become commonplace, Aziz believes, since modern man lives in a world flooded with music (have you heard of the toothbrush that broadcasts music through the jaw?).

Now it can be heard almost everywhere, not only from players, radios, and TVs, but also in elevators, gymnasiums, shopping malls, and on the streets. It is possible that later this music will play in our heads all by itself. And it’s even better if it’s not “Praskovya Girl.